Alejandro Jodorowsky’s first feature caused a riot in the screen during the 1968 Acapulco film festival in Mexico. This film caused an angry response that Jodorowsky had to hide in his car in fear of being found. So a pleasant experience for us then!

The film follows Fando (Sergio Klainer) and his paraplegic girlfriend Lis (Diana Mariscal) through a barren, post-apocalyptic wasteland in search of the mythical city of Tar. A place where one will know the true nature of eternity, and reach enlightenment. On their journey, they see many odd and profoundly disturbing characters and events.

From the start, we see Lis slowly eat the petals of a rose and so begins a cinematic experience of the one and only Alejandro Jodorowsky. A surrealist creative man to the extreme Jodorowsky wanted to make a film that had never been seen by audiences before. Originally, he was informed that he was not allowed to make Fando y Lis in Mexico as studios and the film circle of the time wanted no part of what he was offering. Undeterred, he went on to do so anyway as his art and creativity needed an outlet and cinema was the one he wanted to utilise. If you are not a fan of surrealist films, then you may want to skip this one (and a fair few of Jodorowsky films), but feel bold and give it a go, you never quite know what you might take out of one of them.

It is probably best to categorise Fando y Lis’s narrative structure as fluid and dreamlike. We do not fully see how they encounter the next group or the reasons as to why a few elderly women are sitting in fancy chairs playing poker on the side of a rocky mountain. (By the way, if you notice older women feeding or sexualising younger men, get used to it with Jodorowsky, this happens far more than what you would think).

As we meet each new group, we get some flashbacks into the past of Fando and Lis’s childhood which was quite traumatic for the duo. We do not have anything explained to us and we are to try and piece it together on our own, which is interesting and of course a rarely used technique in films. Though if the narrative explained why there were women bowling balls down a mountain to hit Fando as a bikini-clad woman chases him down and whips him, then I cannot imagine it would do anything but disappoint. These weird video art sequences are coupled with continually intrusive sound to invade your mind. You never know if it is linked or if it was added on a whim, there is no rhyme or reason for the inclusion as it comes and goes randomly.

Of course, there are issues in this feature. It is a film that is not easy to navigate and equally inaccessible. With Fando y Lis being his first film meant that he did not know a lot about making a film. He has famously said that he had no idea what lenses would work best and learned as he went. For a director to have such a bold vision is practically unheard of, especially now. Amazingly this is Jodorowsky when he is merely scratching the surface of what he could imagine for cinema. A true trailblazer of a film and a director. For those who do not know this tidbit, Fando y Lis‘s script was a one-page draft. Yes, a one-page draft based upon the Fernando Arrabal play. By the way, this is just of what Jodorowsky could remember, so the sparseness of the story is not an accident. 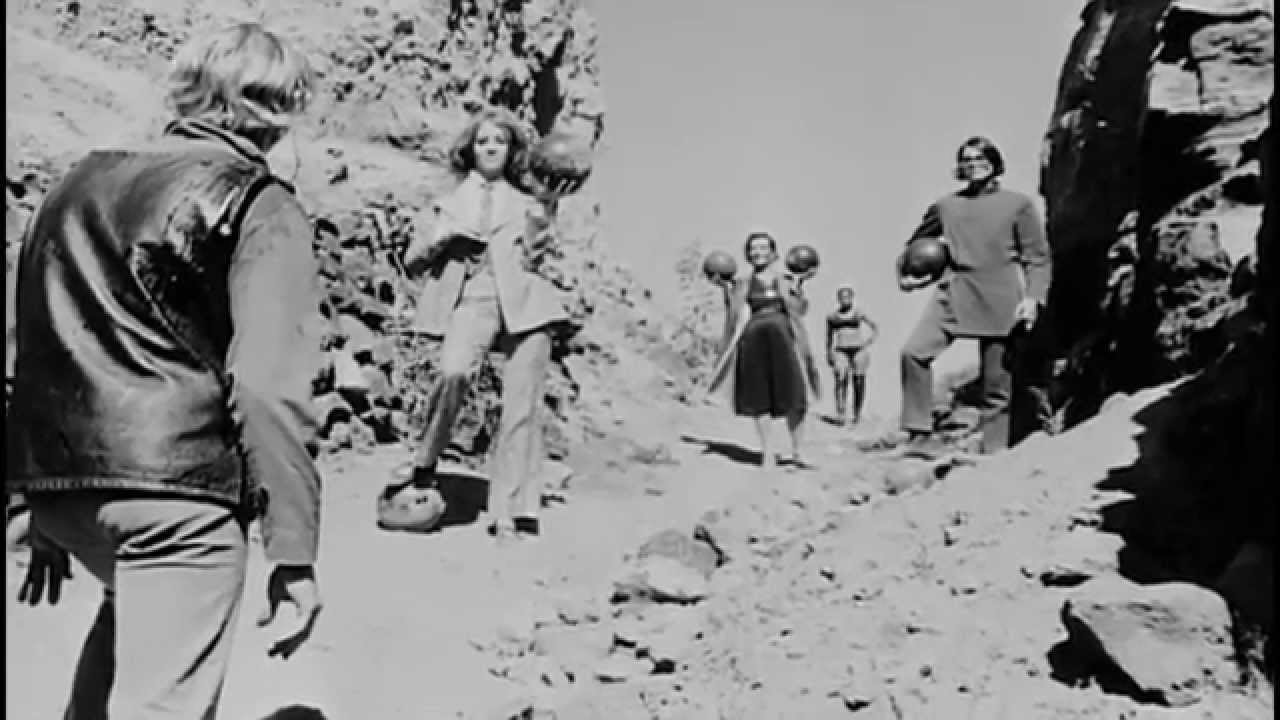 This non-linear tale has caused many a discussion amongst those who love cinema. You either love or you hate Jodorowsky and his films. Are they too surreal? Certainly, now there would be a struggle to have anything like Fando y Lis made. Marketing it would take a bold company more so that in the 60s when it was made. Thank goodness it worked out. Imagine cinema without the tremendous Alejandro Jodorowsky around to throw spirituality and question society in the way that he does?

Jodorowsky introduced himself to the world in this Avant-Garde road trip and we can only be happy that he did. Fando and Lis go on a journey that neither could have believed. Their journey to enlightenment brings them to people they could never imagine, to see themselves in ways they could never imagine. Perhaps by the end credits, the audience will also see something they didn’t expect in themselves. Fando y Lis alerts you that cinema can be something else, something powerful.