Monster Hunt is a live-action/CGI fantasy, set in a alternate version of Ancient China, where humans and monsters are each others greatest enemy. The film tells the story of Song Tianyin, a small town mayor, who assumes the role following his fathers unexplained disappearance.

At this point, I have to pause the brief synopsis of the movie I had planned to share, as despite having sat here for the best part of an hour, I am no further forward in being able to recant a coherent telling of this tale that will not leave my readers heads spinning. Suffice to say we have monsters, random musical numbers, a bizarre bondage scene, forced male inter-species pregnancy, and that’s just act one. To delve any further into the plot in this review would take away from the melange of family fun, over the tip action and the occasional laugh that this film aims to provide. 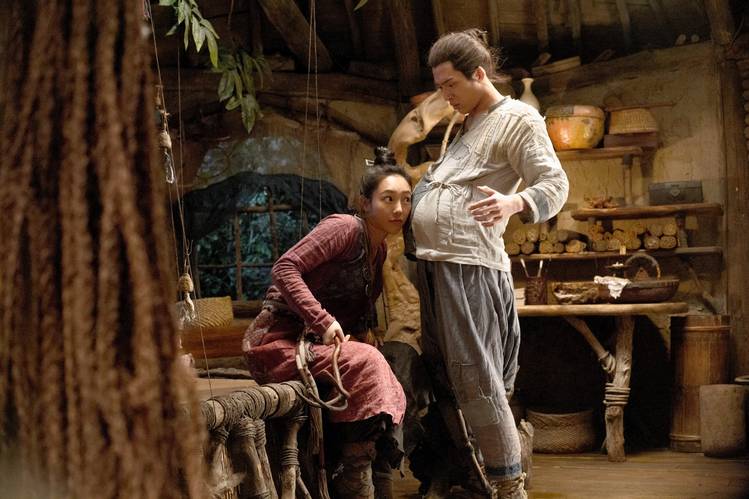 In case it is unclear at this point I did not particularly enjoy this film. Although the film is relatively fun to watch with great action and pretty good CGI, the negatives on the whole outweigh the positives. The plot is very thin and seems to stumble near aimlessly from one set piece to the next, with little in the way of compelling story telling or engaging characters to hold the viewers attention for nearly two hours. The character design of the monsters in particular was uninspiring, with a range of bland, unimaginative monsters each feeling like nothing we haven’t seen before. My recommendation is to not bother with this film unless you have a particular penchant for over the top kung-fu ridiculousness.

Monster Hunt is available on DVD and Blu-Ray from January 29th.