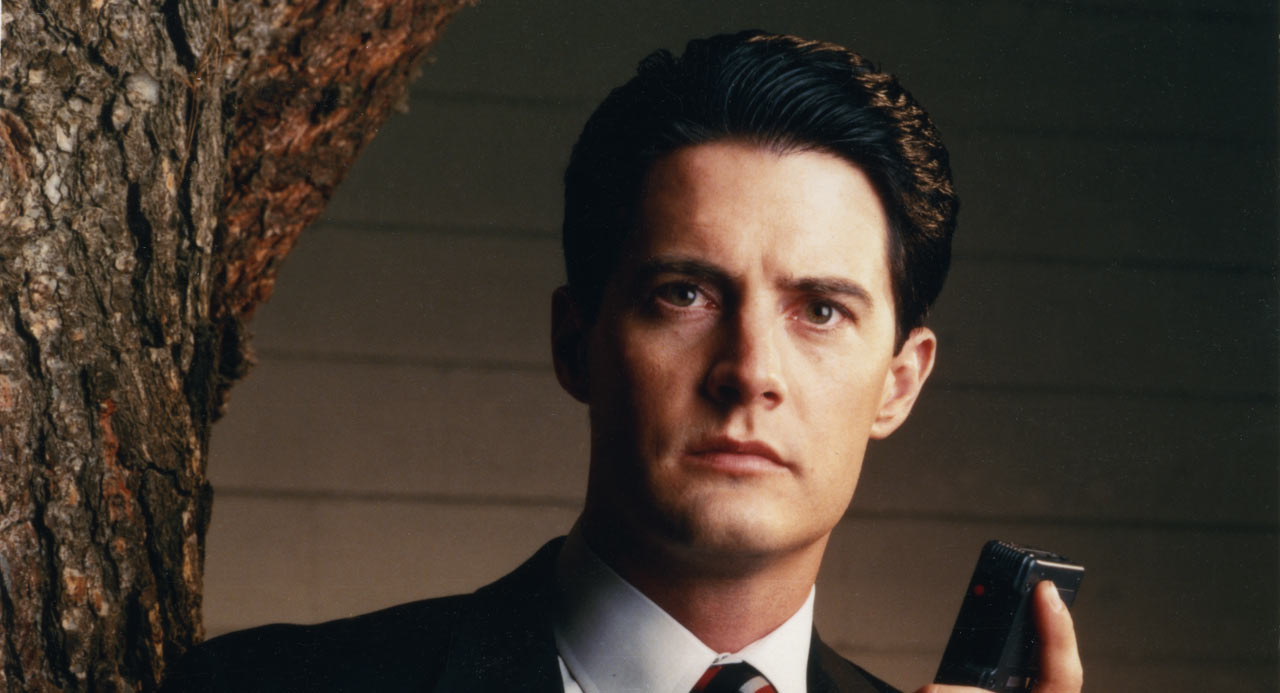 “I’ll see you again in 25 years” were some of the last words uttered by Laura Palmer in David Lynch’s seminal, yet short-lived 1991 series Twin Peaks. And now, 25 years later, she is living up to her promise in grand style.

This July 29th will see the release of Twin Peaks: The Entire Mystery, a massive 10-disc blu-ray box set that contains all 30 episodes of the show, along with its spin-off feature-length, Twin Peaks: Fire Walk With Me–all digitally remastered and overseen by the director himself.

Not only that, the box set will feature a bevy of deleted scenes, outtakes and extras, including nearly 90 minutes of unseen Fire Walk With Me footage, which is sure to enthral long-standing fans of the much debated movie.

The allure of Twin Peaks has remained 25 years later thanks in no small part to its many hanging plot threads (Who’s Judy and why can’t we talk about her?!) And while I’m certain we won’t get all our questions answered, this box set will surely bring fans one step closer to some sort of closure.

Twin Peaks: The Entire Mystery is available to pre-order now in the US from Amazon. International pre-orders shouldn’t be too far off, but while we wait we can enjoy this short teaser which gives us a glimpse of those newly unearthed scenes, and finally answers the question: How’s Annie? Turns out, not so good… 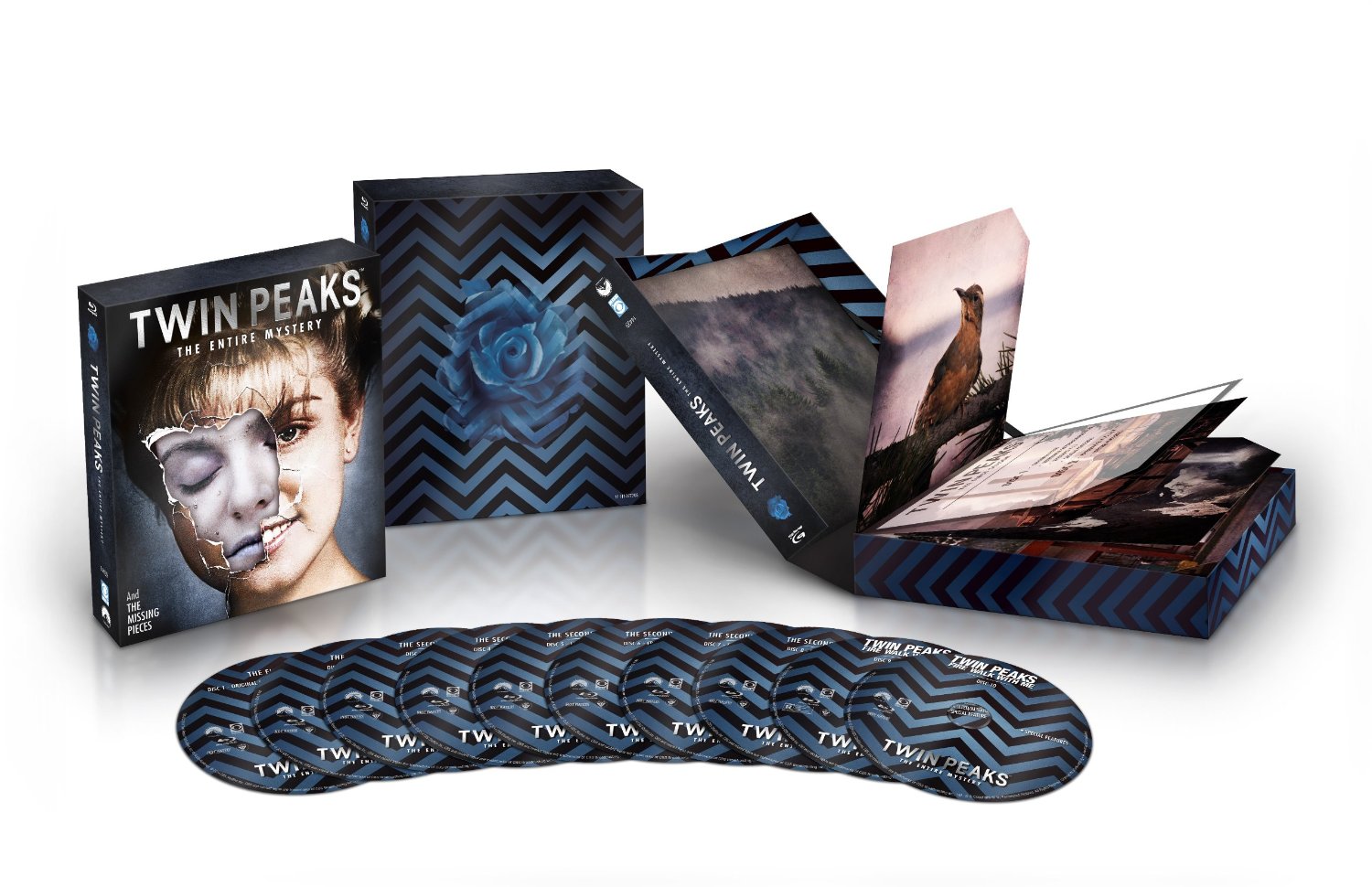 Arriving for the first time on stunning High Definition Blu-ray with English 7.1 DTS-HD Master Audio on July 29th, this comprehensive collection contains every episode from the complete television series; both the U.S. and international versions of the series’ Pilot; the North American Blu-ray debut of Lynch’s follow-up feature Twin Peaks: Fire Walk With Me; and nearly 90 minutes of deleted and alternate scenes from the film. The set also features newly transferred Log Lady introductions for each episode; picture upgrades to many shots in the TV series; a new featurette with Lynch and the actors who portrayed the Palmer family which includes a mesmerizing return to the lives of their characters today; and hours of never-before-released material that dives into the fascinating story behind the celebrated pop culture classic.

Along with a newly transferred version of Twin Peaks: Fire Walk With Me, created from a 4K scan of the original negative, TWIN PEAKS – THE ENTIRE MYSTERY Blu-ray box set boasts the long-awaited missing pieces from the original version of the film – nearly an hour-and-a-half of deleted/alternate scenes from Twin Peaks: Fire Walk With Me – often referred to as the “holy grail” of Twin Peaks fandom. This feature-length experience has been directed and edited by Lynch exclusively for this release. Capping off more than 30 deleted/alternate scenes is an epilogue providing a fascinating glimpse beyond the cliffhanger finale of the TV series.

“During the last days in the life of Laura Palmer many things happened, which have never been seen before” said David Lynch. “They’re here now alongside the new transfer of Twin Peaks: Fire Walk With Me and Twin Peaks, the television series.”

“THE ENTIRE MYSTERY Blu-ray had to be spectacular in terms of both content and presentation. We are confident that we hit the mark and are bringing the fans something very special. None of this could have been possible without the day-to-day involvement of David Lynch.”

TWIN PEAKS – THE ENTIRE MYSTERY is loaded with special features. In the two-part feature “Between Two Worlds,” Lynch himself interviews the Palmer family (Leland, Sarah and daughter Laura) about their current existence in this life and the next, and follows up with a discussion with the actors who portray them. TWIN PEAKS – THE ENTIRE MYSTERY also features “Moving Through Time: Fire Walk With Me Memories,” an exclusive retrospective documentary featuring interviews with cast and crew who recount the making of the Twin Peaks movie and working with David Lynch. The collection also features high-definition versions of the Log Lady episode introductions, transferred from recently unearthed 16mm film negative, a selection of newly discovered deleted scenes and outtakes from the television series, and three Twin Peaks photo galleries with over 130 behind-the-scenes images from David Lynch’s personal never-before-released collection. Also new to this release are 10 vignettes of iconic Twin Peaks themes called “Atmospherics.” Each features a unique montage of music, dialogue and video (including some rare outtakes) that appear as both menu backgrounds and as their own textless experience to further immerse fans in the mysterious world of Twin Peaks.

Additionally, the set features a massive collection of pre-existing special features, some of which have been re-mastered in high definition exclusively for this release, including the award-winning four-part documentary “Secrets From Another Place: Creating Twin Peaks,” and a newly extended version of the Gold Box featurette “A Slice of Lynch,” featuring the complete and uncut conversation between David Lynch and actors Kyle MacLachlan and Mädchen Amick. Additionally, this 10-disc set houses an extraordinary archive of special features culled from the entire history of Twin Peaks on home video, including featurettes, cast and crew interviews, promotional reels, archival deleted scenes…and much, much more.

Winning a Golden Globe® for Best Television Series – Drama in 1991, and a fixture in all-time top TV series lists from TIME, Entertainment Weekly and TV Guide, Twin Peaks follows the inhabitants of a quaint northwestern town who are stunned after the homecoming queen Laura Palmer is suddenly found murdered. The investigation that follows engenders an eerie chain of events with cataclysmic results felt across the entire town. The series features an ensemble cast including Kyle MacLachlan, Michael Ontkean, Sheryl Lee, Sherilyn Fenn, Lara Flynn Boyle, Mädchen Amick, Dana Ashbrook, Richard Beymer, Ray Wise, Peggy Lipton and Warren Frost. Although shot after the series ended, Twin Peaks: Fire Walk With Me is the prequel to the television series and focuses on the seven days leading up to Laura Palmer’s death. Many of the TV series cast members reprise their roles in the film and are joined by others including Kiefer Sutherland, David Bowie, Chris Isaak and Harry Dean Stanton.

Please visit andthemissingpieces.tumblr.com for the latest details on TWIN PEAKS – THE ENTIRE MYSTERY. Use #theentiremystery to join the conversation on Facebook and Twitter.