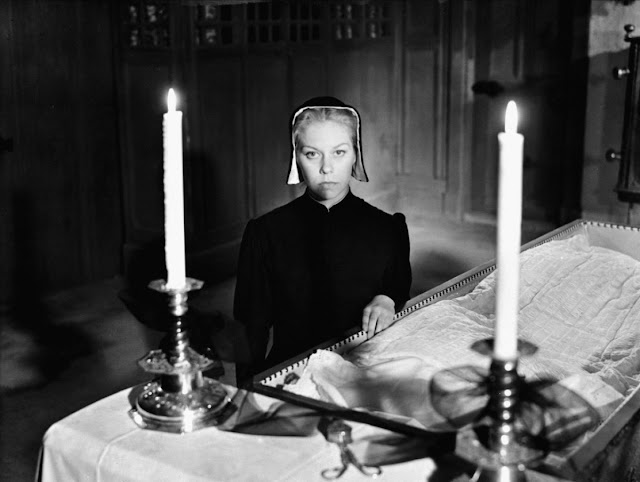 To spice up our competition for the BFI’s season of Carl Dreyer (which you can still enter here), we’re also giving away a copy of his seminal 1943 work Day of Wrath on DVD to just one lucky reader.

But you have to be quick! The contest ends at midnight on Sunday 4th March, so there’s little time left to get your hands on some free goodies and educate yourself on one of cinemas greatest directors.

To stand a chance of winning, all you have to do is enter in our Carl Dreyer retrospective competition, and you’ll be entered in our draw for either one free retrospective screening at the BFI Southbank, or one Day of Wrath DVD. Details of the DVD are below, courtesy of the BFI. And if you need a quick refresher of the competition question, it’s:

Q: What Country was Carl Dreyer born in?

E-mail us at: cinehouseuk@gmail.com with your Name, Address, and the screening you would like to attend (full list here) and we’ll pick the winners on Monday! Good luck!

Day of Wrath is generally regarded to be one of Dreyer’s greatest works. Its mood is sombre and intense; the narrative pace is steady and deliberate, presenting horrific events with chilling restraint; and it deals with all his prime concerns: religious faith, the supernatural, social intolerance, innocence and guilt, and the clash between society and the individual especially the individual woman.

This is a dark and powerful tale of love and betrayal, and of a community gripped by an obsessive fear of witchcraft. It is adapted from a 1909 stage play, Anne Pedersdotter, by Norwegian writer Hans Wiers-Jenssen. Dreyer said that he saw in it ‘possibilities for great monumental visual effects four or five figures as sharply defined as medieval wood sculptures’. He used light and darkness to express moral and emotional concerns, with severe, black-garbed figures set against stark white walls, and opposing lines of force creating tensions within the frame.

In early seventeenth-century rural Denmark an old woman is hunted down and burned as a witch, despite the efforts of the parson’s young wife, Anne, to save her. Anne (whose own mother had been suspected of being a witch), is possessed by a secret passion for her stepson, a young man of her own age, and when her elderly husband dies she finds herself accused of using witchcraft to cause his death.

Seen by some as an allegory of the Nazi occupation of Denmark and by others as an indictment of male domination and suppression of strong women, Day of Wrath has an extraordinary emotional intensity achieved by superb performances, and is a stunning example of the humanity, artistic power and technical mastery of Dreyer’s art.

* Fully illustrated booklet including an essay on Day of Wrath by film historian Philip Kemp and ‘Film art as passion’, an essay on the director’s work by Casper Tybjerg