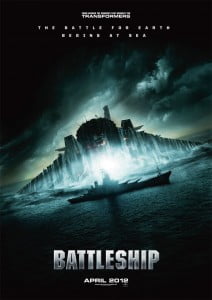 Ships Ahoy! If I was American who loved watching Superbowl but also a big film fan would I want to see what film goodies we have in store before the big night? Probably not however in grand tradition we have another tv spot/trailer touching down on the old interwebs this time from Transformers wannabe BATTLESHIP. This is another teaser of a teaser as its a 15 second glimspe at the 60 second tv spot which will arrive in the first quarter of the game so I guess this Sunday night this will be one of the first tv spots Ill bring to you this weekend (Yes Ill be online ready to bring the Superbowl goodies as they arrive). From the sound to the movement even parts of the story resemble Transformers and of course the fact its another Hasbro product (so they must have the artistic license to those sound effects) but what I want to know is where will the board game part or look come into it? It seems its the electric forcefield around the alien ship and Earth’s defence is the connection,mmmm! As for the spot itself it will contain new footage and does look completely different from previous trailers which is good.Battleship does look a cheesy fun film but at the same time I’m still not sure what to expect or even the actual film’s direction? Hopefully this new spot may help.

Peter Berg (Hancock) produces and directs Battleship, an epic action-adventure that unfolds across the seas, in the skies and over land as our planet fights for survival against a superior force. Based on Hasbro’s classic naval combat game, Battleship stars Taylor Kitsch as Hopper, a Naval officer assigned to the USS John Paul Jones; Brooklyn Decker as Sam, a physical therapist and Hopper’s fiancée; Alexander Skarsgård as Hopper’s older brother, Commanding Officer Stone of the USS Samson; Rihanna as Lt. Raikes, Hopper’s crewmate and a weapons specialist on the USS John Paul Jones, and international superstar Liam Neeson as Hopper and Stone’s superior (and Sam’s father), Admiral Shane.

She started life as a book, then moved onto film, burst onto the stage as 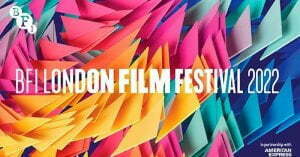