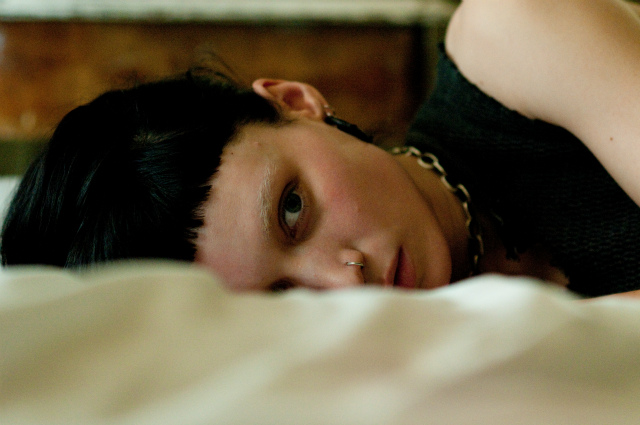 “What is hidden in snow, comes forth in the thaw” reads the tagline to David Fincher’s American adaptation of Stieg Larsson’s 2005 hit crime novel (originally titled Män som hatar kvinnor – Men Who Hate Women) — It’s a cryptic yet appropriate summation of the kind of themes contained within it’s heady, 158 minute runtime; biblical parlance, gothic occultism, the slow unravelling of layers.

Released just two years after Sweden’s own native screen adaptation, the film begs one nagging point of inquisition: What’s so fascinating about this source material that it requires two different cinematic incarnations? That, I am still trying to figure out, and Fincher’s influence —despite a number of admirable, auteurial stamps— never manages to reach beyond the novel’s trashy core of sex, revenge and mystery. These three elements, in the hands of both Larsson and screenwriter Steven Zaillian, are designed to turn pages rather than explore characters, and each new seedy revelation within the twisting plot comes across as sensationalist, if not completely exploitative (some of the novel’s most troubling moments, such as a rape, are handled with care by Fincher, and never overreach into the explicit). 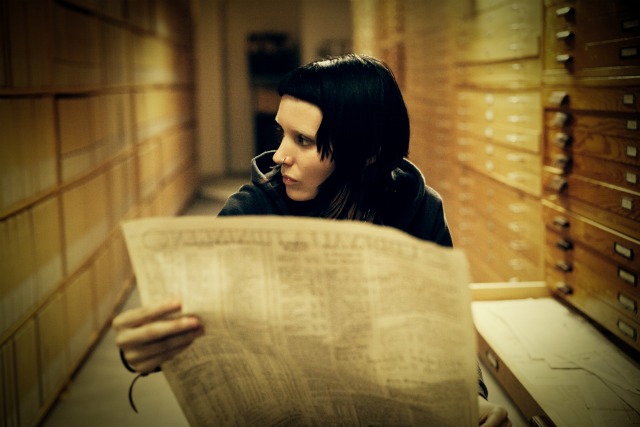 The film tells the concurrent stories of Mikael Blomkvist (Daniel Craig), a disgraced magazine journalist who takes leave after losing a libel suit against a wealthy magnate, and Lisbeth Salander (Rooney Mara), a troubled, anti-social computer-hacker with a penchant for goth-wear, as they both become embroiled in a mysterious case within the fictitious Swedish location of Hedeby Island. Home to a reputable yet shady family of industrialists known as the Vanger Clan, the enclosed island is host to a number of secrets, all of which somehow relate to the disappearance of one of the family members 40 years prior. Spurred on by an increasing need for closure and the threat of ailing health, family patriarch Henrik (Christopher Plummer) enlists the help of newly unemployed Blomkvist to track down the whereabouts of the missing Vanger, and hopefully bring an end to a decades-long source of torment for the clan.

Painted as a fumbling, often ineffective detective-by-circumstance, Blomkvist quickly finds his cavalcade of witnesses both unassuming and unhelpful, and soon seeks help in the form of a research assistant. Lisbeth and Mikael’s paths subsequently cross, and their odd clash of ying/yang dynamics comes to form the backbone of The Girl With The Dragon Tattoo — Blomkvist, an almost beta male, is castrated by his recent legal and financial losses; while Salander, in her own, doggedly aggressive and determined way, is more an alpha woman. Their meeting represents a balance, their pairing mutually beneficial; each other’s weaknesses compensated by each other’s strengths. 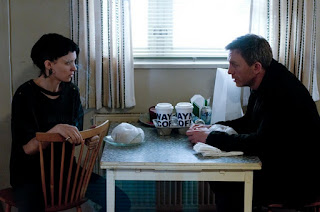 The first scene in which they meet is one of many comically endearing moments whereby role reversals or role-transference forms a key component of their symbiosis: Lisbeth, accustomed to playing the aggressor against males, is intruded upon by Mikael in her home (thankfully instead of bearing violence, he comes bearing breakfast). In a later scene, Mikael suffers a wound and flees into Lisbeth’s arms, where she doesn’t think twice to rip open a bottle of vodka with her teeth, douse the cut and sew it up with floss.

Mara’s Lisbeth loses the smoldering intensity of Noomi Rapace’s Swedish interpretation, but gains a whole lot more caged-vulnerability in the process. Her face is mousier, her blank gaze holds greater traces of past trauma, and her terse, near-autistic way of communicating with outsiders suggests a guarded sense of self that’s comparable to the Mark Zuckerberg of Fincher’s Social Network. All of this makes her gradual thawing of personality through Mikael that much more engaging, and their kinship, for better and for worse, is the only aspect that still lingers once the credits roll.

The star of the show though is not a character at all, but Fincher himself. The technical proficiency on display in The Girl With The Dragon Tattoo is exemplary; a testament to a director at the peak of his game. Even when at odds with an almost insurmountable amount of serpentine plotting and heavy exposition, Fincher finds a way to make each sequence consumable and artful. The brooding, Wintry score by Trent Reznor and Atticus Ross goes some way to achieve this, but it’s in the style that Fincher cuts parallel timelines with building suspense, soaks everything in sickly yellows and whitewashed greys, and gives textural force to all the ugliness that really takes a hold of you, moreso than any of the figures or plotlines in the story. (It doesn’t help that the core mystery is rather uninvolving, with random clues and red-herrings appearing without much warning, eventually wrapping up early without much consequence.)

Tones of Fincher’s past work in The Social Network and Zodiac echo throughout, especially when a deceptively exciting computer sequence rears it’s head or a cryptic code stumbles across Mikael’s desk. But Dragon Tattoo never manages to transcend it’s source material quite like those films did. The drama is too pulpy, and the need to transcribe such a voluminous amount of story leaves no room for conjecture.

When stripped of all it’s baggage though, Fincher’s Girl With The Dragon Tattoo compels on Lisbeth’s transformation from oppressed to oppressor, from self-dependent loner to co-dependent partner. It is a visually dour but undeniably exciting journey through seedy supervillainy and righteous revenge, but without anything there to elevate it past Larsson’s pages, it becomes a triumph of craft over content.

Ever since Blair Witch, Paranormal Activity, horror films with micro-budgets started to be taken more