Jim Mickle’s post apocalyptic vampire horror flick STAKE LAND  has today had it’s UK (International) Trailer premièred  online thanks to Metrodome UK. The movie has been on the festival circuit for a year  picking up awards left right and centre especially the Toronto Film Festival winning the Midnight Madness Award and myself I caught the movie at Glasgow Film Festival leaving the cinema impressed. The movie was released by IFC Films in USA and next month June 17th it will arrive in UK & Ireland with a stellar cast for a independent movie which includes Connor Paolo, Nick Damici, Kelly McGillis, Danielle Harris, Bonnie Dennison, Marianne Hagan, Chance Kelly, Adam Scarimbolo, and Sean Nelson.

If you love your vampire and post Apocalyptic movies this movie will be perfect for you combining both sub genres to create a chilling dark gritty movie which at times does feel very relaistic. Check out the trailer below sent us from Metrodome along with a number of new images from the movie and look out for a review coming in the next few weeks.

America is a lost nation. When an epidemic of vampirism strikes, humans find themselves on the run from vicious, feral beasts. Cities are tombs and survivors cling together in rural pockets, fearful of nightfall. When his family is slaughtered, young Martin (Gossip Girl’s Connor Paolo) is taken under the wing of a grizzled, wayward hunter (In the Cut’s Nick Damici) whose new prey are the undead. Simply known as Mister, the vampire stalker takes Martin on a journey through the locked-down towns of America’s heartland, searching for a better place while taking down any bloodsuckers that cross their path. Along the way they recruit fellow travellers, including a nun (Kelly McGillis) who is caught in a crisis of faith when her followers turn into ravenous beasts. This ragtag family unit cautiously moves north, avoiding major thoroughfares that have been seized by The Brethren, a fundamentalist militia headed by Jebedia Loven (Tony award-winning actor Michael Cerveris) that interprets the plague as the Lord’s work. 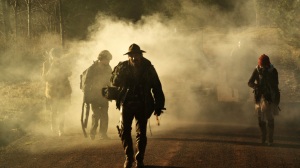 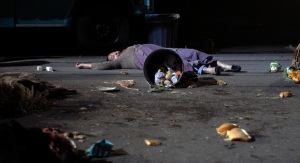 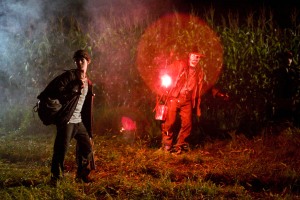 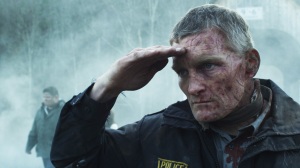 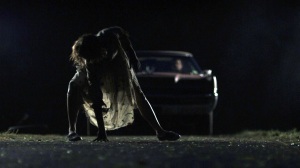 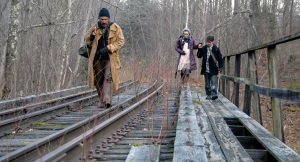 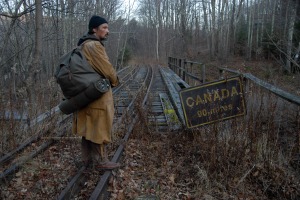 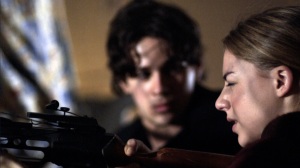 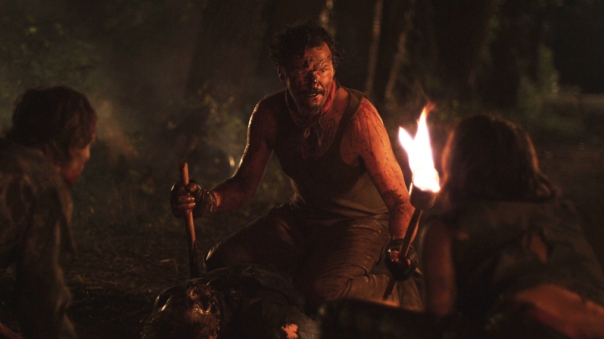 Alan Abernathy (Gregory Smith) is a boy with a troubled past, I mean you burn

Win a DVD / Book bundle with A CHRISTMAS GIFT FROM BOB