Oh look whos the angry person today then? Yes its everyone’s favourite red head Ron Weasley! As expected with the third ‘Angst’ character poster for HARRY POTTER AND THE DEATHLY HALLOWS PART 2 and way things are going I would n’t be at all suprise if we have another 22 or 23 posters one for all the characters! The end is nearly here, July 15th to be precise if there’s anyone who deserves a poster like this it is Ron he’s had a tough time but will he finally pluck up the courage to say to Hermonie he loves her or will that be the end of that then?! We’ll have to wait and see!

I wonder who’ll be next? The dark lord himself Lord Voldemort? find out tomorrow! 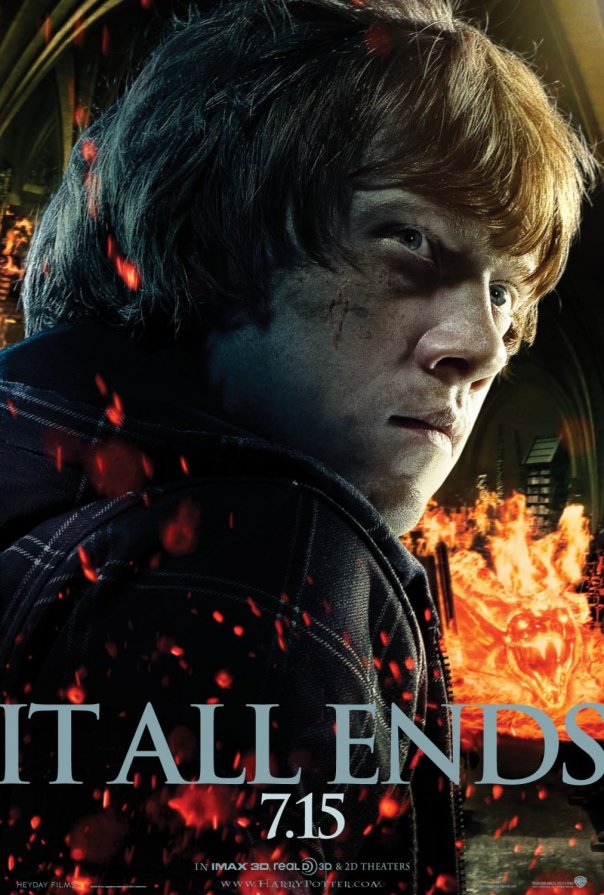