Oh boy this is awesome!

The first image of Tom Hardy as Bane in THE DARK KNIGHT RISES has landed online and it’s fantastic stuff! Today the movies viral /offical site was launched and over a period of time its been revealing the image below but thanks to some good souls at Arkham City fan site  got there hands on the full image in its full glory!

You dont get a full look at Tom Hardy as the menacing character but what you do get is a glimpse of the  venom enhanced super soldier which shows that the actor has been busy in the gym . Loving the gimp mask too! It will be curious to see how far Hardy has actually went, because if you know the comic books Bane is built like a tank like someone who swallows bottles of steroids at a time easily as a child munching on chocolate bars!

We were getting a little stagnant on the same old gossip been recyled again and again Now I think we can say we are so excited now with this gem of a image! 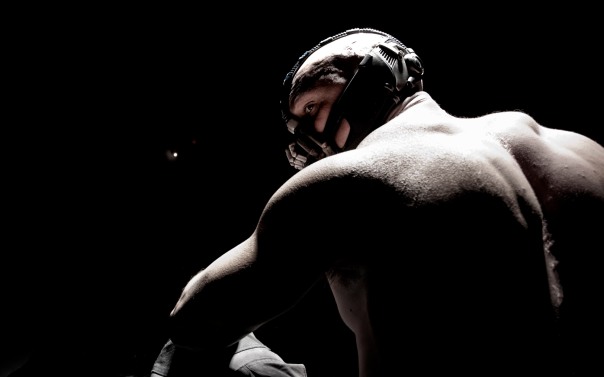