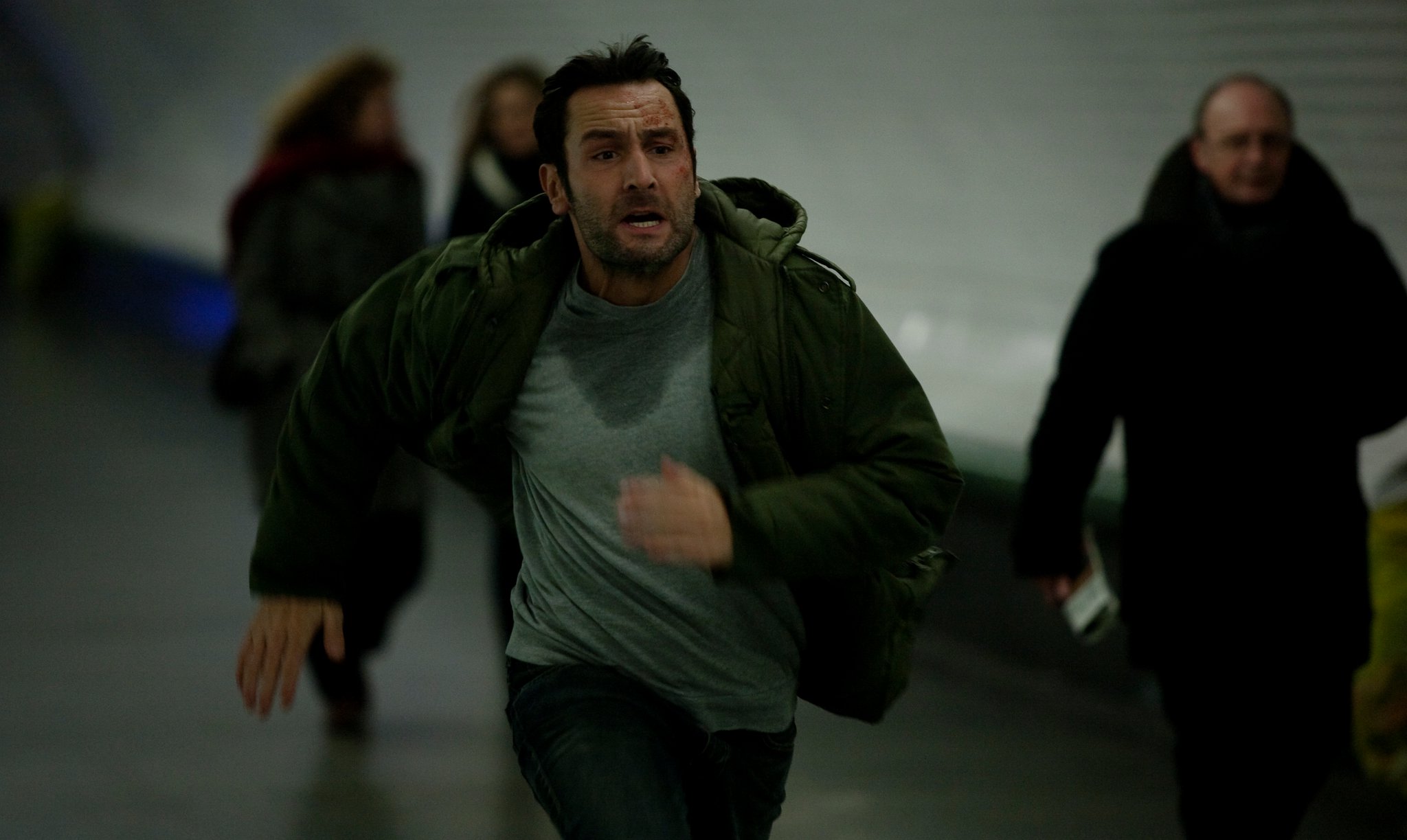 Back in February at Glasgow Film Festival I tried to catch this movie but couldn’t as it was one of the festival quickest sellers and now thanks to Vertigo Films POINT BLANK (À bout portant) will be released in UK & Ireland. Our firends at Vertigo Films today have sent the UK trailer and if you love thrillers especially action thriller you will be in for a nice treat and we all know how well the French are at the action thriller, something they can make with perfection.

Point Blank is an high octaine thriller which stars Gilles Lellouche (Little White Lies, Sherlock Holmes:Game Of Shadows) a male nurse who saves the life of a man  knocked over by a bike but unluckily for him that man is been pursued by the mob who then kidnap his pregent wife giving him 3 hours to hand over the man. Things arent that simple though throw in a corrupt cop into the mix and we have an exciting movie to look forward too!

This movie marks the follow up movie from Fred Cavayé  whose previous movie Pour Elle ( Anything For Her) was recently remade by Paul Haggis with Russell Crowe in The Next Three Days. If you enjoyed movies such as Guillaume Canet’s Tell No One as well Luc Besson Thrillers catch this when its released in UK & Ireland on June 10th (no word on USA release yet)  before the movie gets the likely Hollywood remake.

Everything is going well for Samuel (Gilles Lellouche; Tell Know One/ Sherlock Holmes/ Mesrine/ Little White Lies) and Nadia (Elana Anaya; The Skin I Live In/ Sex and Lucia/ Van Helsing/ Talk to Her/ Mesrine), his beautiful wife. He is studying to become a registered nurse and she is expecting their first child. But everything changes when Nadia is kidnapped right in front of Samuel, who is knocked out cold, trying to stop the kidnapper. When he comes to, his phone is ringing; he has just three hours to get Startet (Roschdy Zem; Just Like a Woman/ The Cold Light of Day), a man who is under police surveillance, out of the hospital. Samuel’s destiny, now lays in the hands of Startet, a man who is not only wanted by the police! If Samuel wants to see his wife again, he has to act fast.