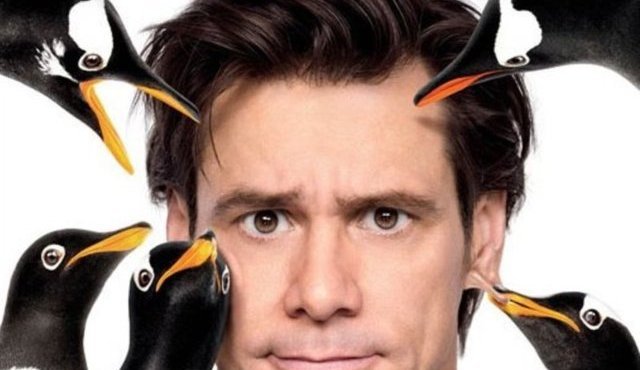 Same old tired formula, not funny anymore thats what many people think of Jim Carrey, living off the sucess of his movies in 1990’s, a successfull era for the actor but move on a decade nothings changed. Actors adapt change style or even try genres we may  not have associated with them several years ago and we Jim Carrey still doing the same old tired routine which sadly isn’t funny anymore, he has to do more Enternal Sunshine type movies!

Nearly forgot why Im doing this post! Jim Carrey’s latest upcoming flick MR POPPER’S PENGUINS tells the story of of Mr Popper a businessman whose life changes when he inherits some penguins the movie also stars Carla Gugino, Angela Lansbury, Ophelia Lovibond, and Philip Baker Hall. James Tupper, Clark Gregg, David Krumholtz, and Andrew Stewart-Jones.Below is a new international trailer from possibly Spain or at least on of the Spanish speaking countries, it’s 40 seconds longer than the first trailer with some new footage plus its in English with Spanish Subtitles.

This is one for the kids but that doesnt mean he’s exempt from criticism and sadly this doesnt look very good but if he passes the kids test when the movie comes out on August 5th in UK& Ireland or June 17th in USA then its a success even if it looks like another forgetable Jim Carrey movie.

Adventure-loving house painter Mr. Popper (Jim Carrey) contends with the problem of having too many penguins in director Mark S. Waters’ adaptation of author Richard Atwater’s beloved children’s book. Shortly after penning a letter to a team of Arctic explorers, Mr. Popper is surprised to receive a penguin in the mail. Later, after making his mischievous new pal a cozy new home in the freezer, the hapless Mr. Popper comes into possession of a playful female penguin as well. Before long Mr. Popper finds himself surrounded by a growing family of the flightless birds, and begins training them to perform in a traveling show dubbed Popper’s Performing Penguins. With each new town the show travels to, pandemonium is quick to follow.