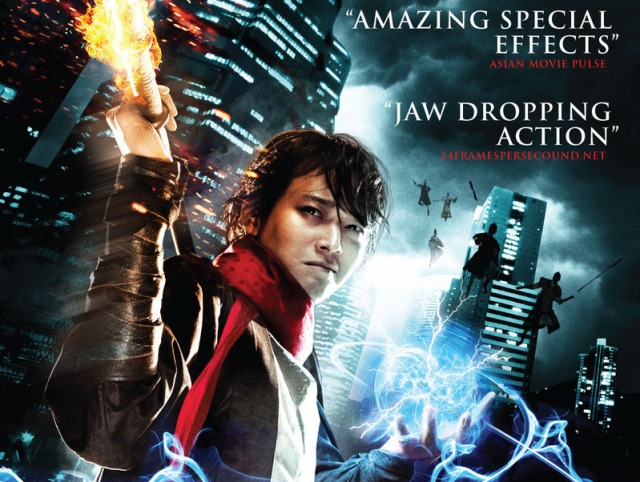 WORLD PREPARE. THE WIZARD IS COMING!

THERE EXISTS A WORLD LOCKED AWAY FROM OURS, WHERE THE KINGDOMS OF LIGHT AND DARKNESS BATTLE TO CONTROL UNIMAGINABLE POWER.

Kings and wizards would sacrifice everything to possess its secrets. But when dark forces cross over from their world to ours, a great warrior will travel through time to fight for the future of all mankind…

Discover the movie that delivered the biggest box-office opening in Korean Cinema history and experience breathtaking hi-octane thrills from the celebrated action-director of ‘The Good, The Bad and The Weird’ and ‘Brotherhood’.

WOOCHI: THE DEMON SLAYER, coming to Blu-ray and DVD on 25th April 2011

“This fantasy adventure is rip-roaring entertainment”

Our new friends at CineAsia a fantastic Uk based Asian Movie distrbutor have sent us information on there upcoming action packed movie coming next month on DVD. the Korean blockbuster of 2009 WOOCHI THE DEMONSLAYER a movie that played to many film festivals to great positive feedback and the good people at CineAsia have went to the trouble to package a 2 dvd ultimate  special edition with some extra goodies to keep you excited. The dvd will be released in Uk on April 25th, with Yun-seok Kim, Su-jeong Lim and Dong-won Kang starring.

When a dark lord obtains the secret to unimaginable power, an elite army of shape-shifting goblins threatens to destroy the world, as we know it. However, just when all seems to be lost, a great warrior-wizard, named Woochi, travels through time to fight for the future of all mankind… Crammed with “plenty of action and excitement (Beyond Hollywood)”, Woochi the Demon Slayer is a “romping fun-packed fantasy adventure (Twitch)” that will thoroughly entertain you from start to finish!

I ain’t ‘fraid o’ no ghost! Those pesky paranormal entities have varied degrees of unfinished