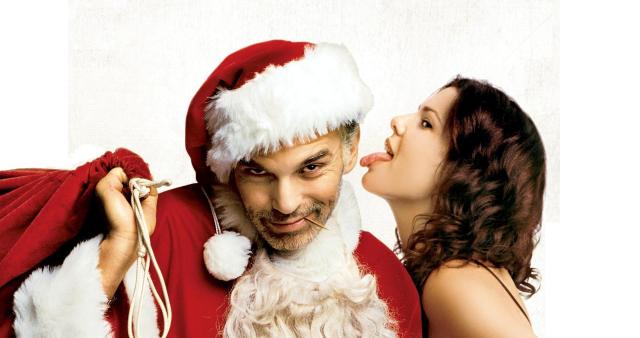 Bad Santa was one of those movies I didnt take much notice first time out but when its made its rounds on television it was then I started to appreciate it. Its like been in one of those jobs where your in constant contact with alot of annoying people/brats and you just want to say to them “F**k Off” but you know you cant and Bad Santa to me is like that annoying job. Since its creation theres been a buzz for this to be one of those movies that should get a remake and now today The Wrap has confirmed The Weinstein Company are in negotiations/development to bring the sequel to our big screens!!!

“It’s Christmas and the kid’s gettin’ his f**kin’ present!”

Billy Bob Thornton himself is very keen to bring back crook Willy back to the big screen despite his views on doing sequels “I’ve never done a sequel… but that one makes sense to me.” – We feel that it’s a Christmas perennial for the R-rated crowd.  Everyone loves the character and Billy Bob’s excited to be in talks with us.”

Nothing has been confirmed on who will write or even direct this sequel and the original writers Glenn Ficarra and John Requa, went on to direct I Love You Phillip Morris and Crazy, Stupid, Love., and are getting ready to star Lovelace. As for Thornton himself how he’ll fit this around his schedule could be the big stumbling block  as he’s planning to direct Jayne Mansfields Car which could either scupper the idea or delay actually when this movie may come out. Like Paranormal Activity, Saw became a regular at Halloween Bad Santa is in their with National Lampoon’s Winter Vacation for essential Christmas viewing here’s hoping Bad Santa 2 will follow suite

Adapting a video game into a film, television show or anything else across the moving

Win LGBTQ Thriller Sequin In A Blue Room On Blu-Ray