With The SXSW Now truely over (possibly tonight) the movies have played and gone and one of the highlight of the festival was Joe Cornish’s ATTACK THE BLOCK the Edgar Wright produced British Alien invasion flick set on a South London estate who take on some local hoodies who fight to protect there block.

The movie went down a storm winning the festival’s  midnight  movie awards as well a clean sweep of fantastic reviews despite the talk of some American bloggers s/websites thinking the movie should have subtitltes because the cast use alot of local London dialect, a few of my American movie friends said it should have them which quiet ironic as they dont like world cinema movies because they have to read subtitles?! Whats the difference then? I’m on the fence but if there having trouble with a London accent the American movie fans wil be in for a shock when they get to see Peter Mullan’s NEDS set in 1970’s Glasgow now there a accent  I should know I live 10 miles west of the city!

The language thing seems to have been the only stumbling block for the movie getting a North American Distributor but dont worry boys and girls the good people at Optimum Releasing will be distributing the movie in UK & Ireland when it comes to our shores on May 13th! The movie stars Nick Frost, Jodie Whittaker, Luke Treadaway, Jumayn Hunter,Danielle Vitalis with Joe Cornish directing (who happens to be a producer of Shaun of The Dead & Scott Pilgrim Vs The World). 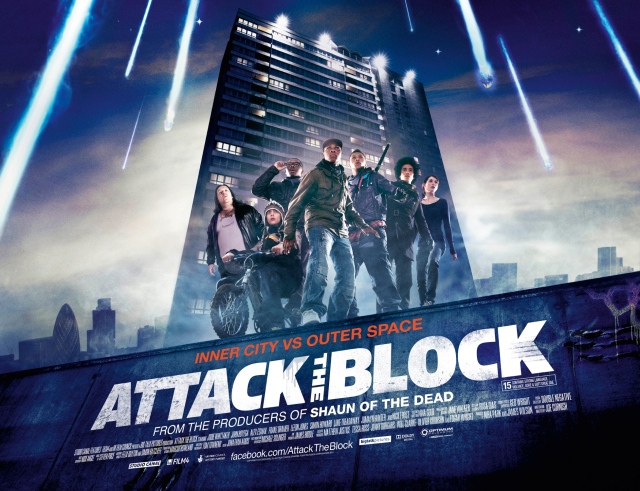