Kenneth Brannagh’s movie adaptation of one of Marvel Comics popular character THOR is creeping slowly closer to its April release and with the first trailer aleady out the marketing has already kicked off. Today a new French poster for the movie has appeared online and there’s not really much I can say about this poster apart from Thor himself (Chris Hemsworth) standing in a different position and if this is getting a little repetitive and boring! Its okay doing it for 1 or 2 posters but please be a little more creative guys!!

Thor maybe popular character he is however  I wouldnt rate him one of the biggest ones but when I think of who actually plays Thor the actor Chris Hemsworth I cant stop thinking about the cheesy daily Australian soap opera he appeared in for many years Home & Away though he has done good to prove he’s movore than a cheesy soap actor!

Frightfest 2010 was orignally  going to be the World (possibly) but definitely the UK/European premiere of Gregg Areki’s KABOOM but it was alledged that the filmmaker wasn’t impressed by the festival (now going into its 11/12th year) and the fans that attend the festival he pulled his movie out of the line up causing a minor uproar after his comments. But now Araki’s new sex sci-fi romp is to make its name known at this month’s Sundance Festival on 22nd before its limited US release on January 28th.  A new colourful poster has appeared online thanks to Vulture, as for the movie , eh…. plenty of corniness, trippy, sexy and post apoclyptic fun. The movie stars Thomas Dekker, Chris Zylka, Juno Temple and Roxane Mesquida 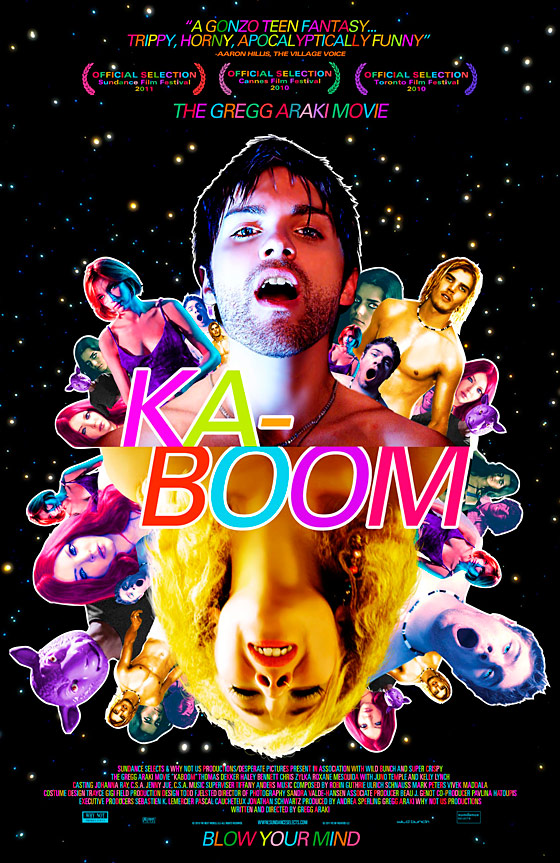 WIN! Scooby-Doo! The Sword and the Scoob on DVD

Win The Constant Gardener On DVD