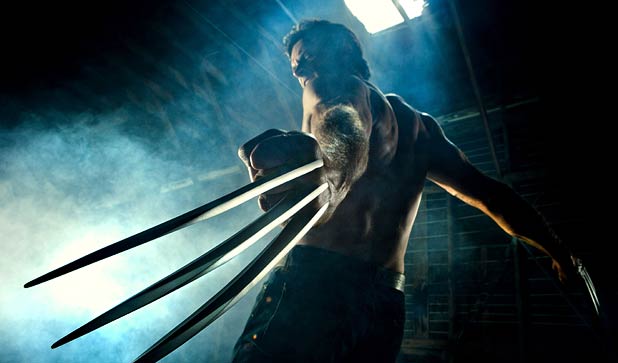 We’ve for a few weeks Darren Aranofksy (Black Swan, The Wrestler) is the man given the task to bring a bit of pride back to Wolverine by directing the Wolverine 2  as Logan heads to the far east to Japan. The movie will be based on the classic Frank Miller Story (1980’s) of everyones favourite Canadian superhero virtually an alternate reality to the first movie and Hugh Jackman will reprise his role as well with Christopher McQaurrie on scrpting duties.

The guys over at Pajiba have been to get their hands on possiblecharacters for the movie that is set to start shooting March 2011 and before you read on peeps, there could be spoilers so if you want to wait until the movie appears or a offical synopsis I would stop now, if not enjoy the juicy details!!!

Logan: After getting into trouble in his native Canada, Zen, Japanese man, arranges for Logan’s release and offers to answer questions about his origin if he’ll accompany him to Tokyo.

Shingen: His late father was the Master of the Hand, but rather than allow Shingen to take on the role, he killed himself and left the Hand masterless, hoping that they would choose Logan as their new Master.

Zen: He finds Logan in jail in Canada and makes him an offer he can’t refuse – to come to Japan and learn about his origin.

Kenuichio/Samurai: He’s the illegitimate son of Shingen, but Shingen refuses to acknowledge him as an heir. He’s also an expert Samurai, and he attacks Logan several times as a “Silver Samurai” with electrified armor.

Mariko: Shingen’s daughter. Shingen has arranged her marriage to the corrupt Noburo, but when Logan saves her life, they fall for one another.

Yukio: Logan’s bodyguard. They have an immediate physical attraction. She’s also still partially loyal to Shingen and reports back to him, but she’s more loyal to Logan, who she considers her master.

Noburo Moro: Minister of Justice. He’s corrupt – in the back pocket of the Yakuza – and Shingen’s arranged for him to marry Mariko.

Viper: Noburo’s secretary. She’s in league with both Shingen and Kenuichio, her lover, but she’s ultimately more loyal to Shingen.

Cinema history is littered with good films that struggled to find their audience.  There’s as