Little Women ‘Coming Home’ In May

Watch The Awesome Trailer For 35mm Dystopian The Archivist

Sony Entertainment have posted a new second teaser trailer for THE TOURIST via there website. I’m like many of my fellow bloggers/website owners on this one we can really put the finger on the pulse of the movie. Yes its action packed with Johnny belting out one of his many unusal accents though I will say it does look rather exciting!One thing this does look like is another version of Knight and Day,it does look a pure escapist movie, fun and of course Johnny gets the girls, just dont get Brad Pitt jealous Johnny with Angelina!

The movie also stars Paul Bettany, Rufus Sewell, Timothy Dalton, Steven Berkoff, Clément Sibony and is directed by wonderfully named Florian Henckel von Donnersmarck. The movie is due out on December 10th in USA, nothing confirmed for UK & Ireland though some sources say it will be the same day.

offical synopsis:Johnny Depp stars as an American tourist whose playful dalliance with a stranger leads to a web of intrigue, romance and danger in The Tourist. During an impromptu trip to Europe to mend a broken heart, Frank (Depp) unexpectedly finds himself in a flirtatious encounter with Elise (Angelina Jolie), an extraordinary woman who deliberately crosses his path. Against the breathtaking backdrop of Paris and Venice, their whirlwind romance quickly evolves as they find themselves unwittingly thrust into a deadly game of cat and mouse. Directed by Florian Henckel von Donnersmarck, and written by Florian Henckel von Donnersmarck and Christopher McQuarrie and Julian Fellowes, The Tourist is a GK Films presentation in association with Spyglass. The film is produced by Graham King, Tim Headington, Roger Birnbaum, Gary Barber and Jonathan Glickman. Studio Canal is also a partner on the production. 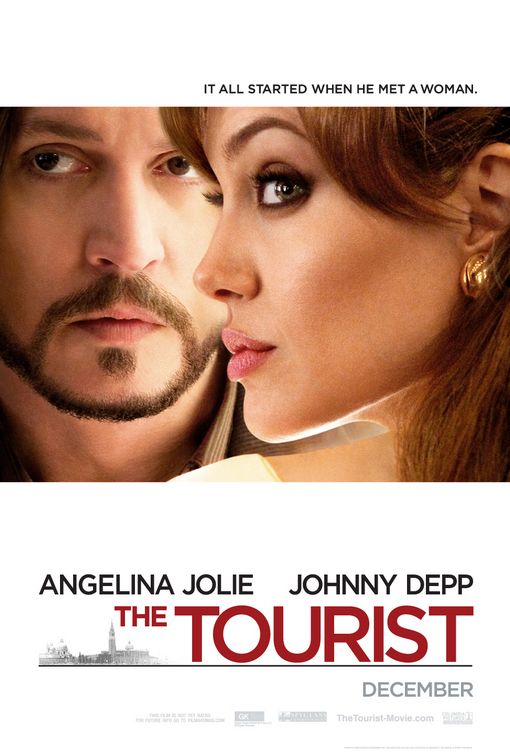