Been based in UK you do see trailers for alot of movies online, alot you desire to see at a cinema near you and your excitement turns to disappointment when the the movie is only going to be released Stateside or one of the other countries worldwide. A flurry of hope is revived when news that movie you wanted to see gets a dvd only release, then its the gamble should I pay £16 for it or not? So many great movies come and go without notice in the UK so anything not mainstream seems to be sidetracked, but one movie Olivier Assayas’ CARLOS has stuck in my mind.

Actually today I was looking through my local arthouse cinema’s October schedule (Glasgow Film Theatre)and notice this time next month the movie will be playing there! IFC Films is distributing the movie stateside and Optimum Releasing is giving the movie a limited release from October 22nd in UK.The movie is the story of Venezuelan revolutionary, Ilich Ramirez Sanchez who created the World Terrorism Organisation and to many he is also known as Carlos the Jackal. Sanchez is currently serving life in France after been captured in 1975 after a raid on the Opec Headqaurters. This is actually a mini tv series which lasted nearly 5 hours and was shown at this years Cannes Festival, all in one go and IFC tend to do the same but Optimum Releasing seems to be only shown 2hours 45 minutes, possibly creating a second movie.

If your like me you love movies like Mesrine (Vincent Cassel) you’ll enjoy this, very intense riveting stuff and the reviews so far for the movie are very positive so its worth checking the movie out whatever version of the movie is been screened locally.

check out this UK Poster for the movie courtesy of EMPIRE: 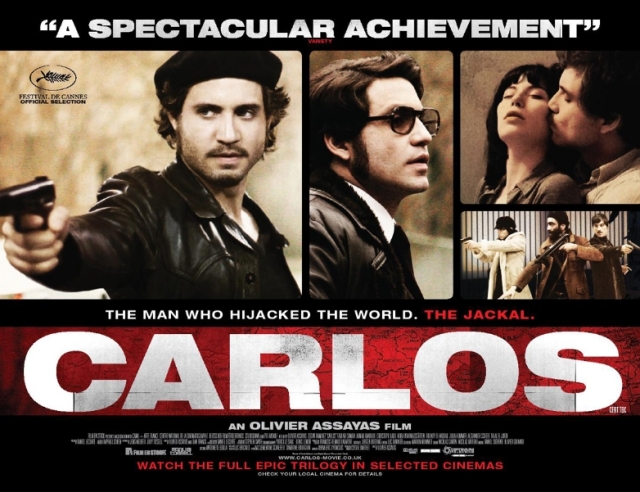 Win Psychological Thriller John And The Hole On Digital HD