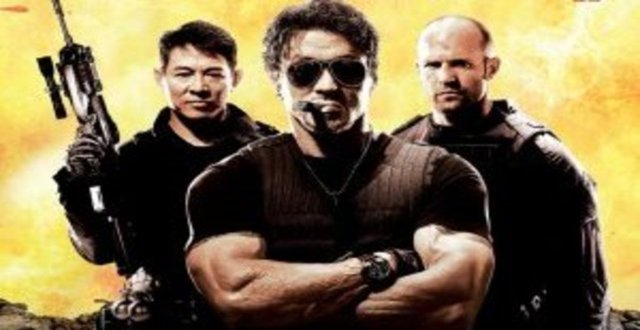 Last night in the heart of London in Leicester Square the UK Premiere of THE EXPENDABLES took place. the stars turned out for the red carpet this movie which is is basically pays homage all things 1980’s as in old fashioned action movies and if your going to do it right you got to have the stars who made it big in those days. Slyvester Stallone (also the movies director), Dolph  Lundgren, Mickey Rourke, Terry Crews, Randy Couture, along with Jet Li, Steve Austin and Jason Statham with cameo’s from Arnold Schwarznegger and Bruce Willis!!!

Below is an Video report of last nights event straight from the red carpet and you get to here what Dolph Lundgren, Jason Statham, Sly Stallone as well as producer Avi Lerner thoughts on the movie. What I do like from this video report is what Lerner has to say and thats basically giving the greenlight to their been a second Expendables movie! Though who’ll be in it you’ll have to wait until August 19th to find out or this Friday 13th (argghh!! unlucky! no lucky!) if your Stateside.

The second movie will all depend on how well things go from this one, but who would you line up for movie 2?

Julia Garner Is ‘Faking It’ In New Inventing Anna Trailer

Win Indie Thriller The Devil To Pay On Digital HD