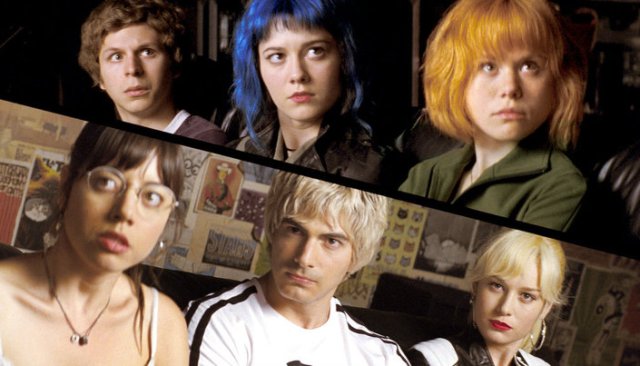 Share
source Movieweb
Scott Pilgrim Vs The World movie is nearly upon us well if your American its Friday! But for us guys over the big pond in UK & Ireland we do have a few more weeks until August 25th.

The good folks at Movieweb have had an exclusive chance to catch up with Edgar Wright the director the man who introduced the world to Shaun Of The Dead as well Hot Fuzz, they also had a chance to meet some of the cast too. during their chat with the cast they had a talk about the movie (which is based on the popular comicbooks created by Bryan OMalley),rock n’ roll, video games, super-heroes and evil-ex-boyfriends.

Just below the featurette is a link which will take you to the Musicspinner website where you’ll have a chance to listen to the movies full soundtrack!!! The soundtrack includes music from such artists as Beck, Frank Black, T-Rex, Broken Social Scene, The Bluetones and Scott’s own band Sex-bob-Omb.

So what you waiting for Watch the video and rock out with the soudtrack and have a epic of epic epicness of days!!!

The wait is finally over. No, no, not No Time To Die – although we,